From Beaumont with Love

On January 10, 1901, the Lucas gusher blew oil 150 feet into the air above Spindletop Hill near Beaumont, TX. The frenzy that followed began the Texas Oil Boom and forever changed the history of the region and the United States as a whole. 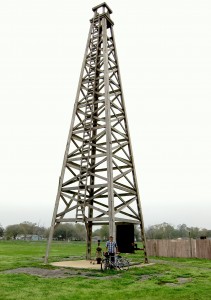 This is recreation of the Lucas gusher that was relocated to a more tourist friendly spot near Lamar University. Every once in a while, the local authorities reenact the gusher by spouting water up through this structure. 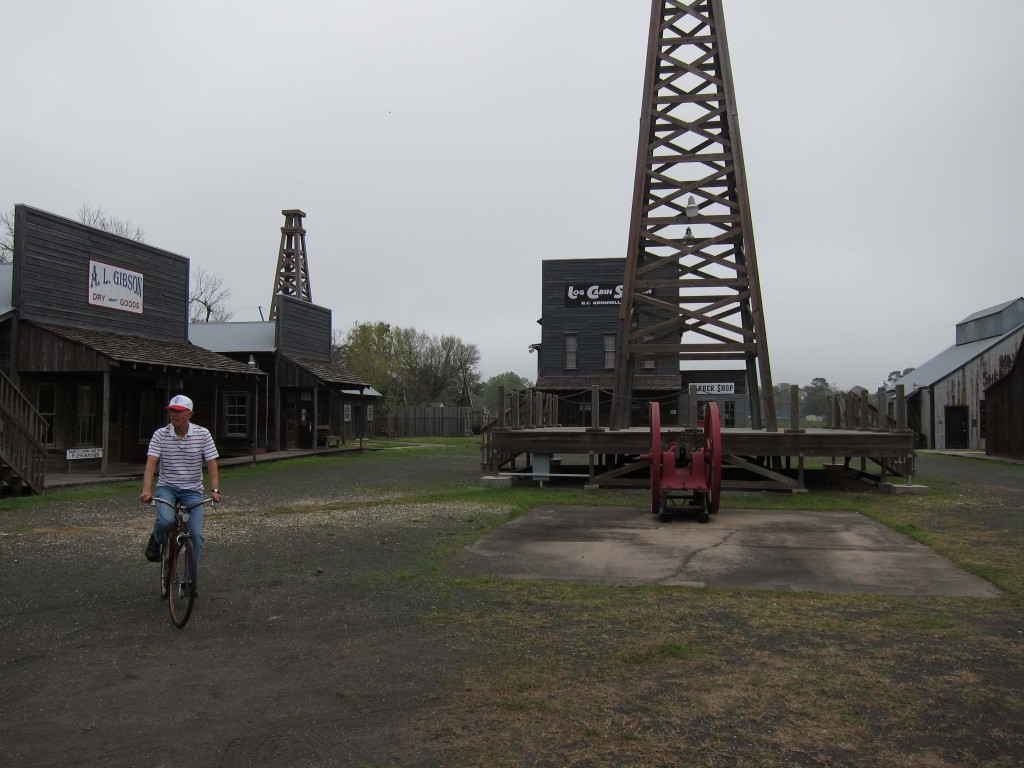 Beaumont host Joe Watt cycles with me around the Spindletop museum, which happened to have a gate open for a free self-guided tour.

When I visited the commemorative recreation of Lucas gusher this morning, I had mixed emotions. As an environmentalist, it is hard to deny the destruction caused by the extraction and consumption of oil. In addition to environmental degradation, the disparity of wealth that results from oil production is sickening. At the same time, there have been incredible advancements in technology, transportation, and a swath of other fields because of our use of oil. While looking up at the model version of the Lucas gusher, I couldn’t help feeling the excitement of the black liquid shooting up into the sky. For a moment, all of the best uses of oil and the radical changes of the last hundred years came spouting out of the earth. Human life has changed drastically since that fateful January day. Like it or not, many of the comforts we enjoy on a daily basis are tied to the Texas oil industry.

Still, the history of the oil industry does not live up to that pure potential. On some level, I would like to attribute that impurity to demand. I’d like to think that the destruction caused by oil production, distribution, and consumption is all a product of the latter. If we were more mindful of our habits related to transportation, heating and cooling of homes, and several other fields, we could diminish the negative environmental effects while also improving our spiritual and physical well being. But this message is completely lost in our society, and that lost message directly benefits the oil industry. Also lost is the message that we have already exceeded the level of atmospheric carbon dioxide that could safely sustain the planet as we know it (see http://www.350.org/about/science).

None of these thoughts are new. We all know that environmentalists and oil industry folks butt heads. We know that our country is sharply divided on issues related to oil production and consumption. To me, that division is just as destructive as either side’s worst case scenario. Without active dialogue, our opinions seek atrophy in a vacuum of ego. 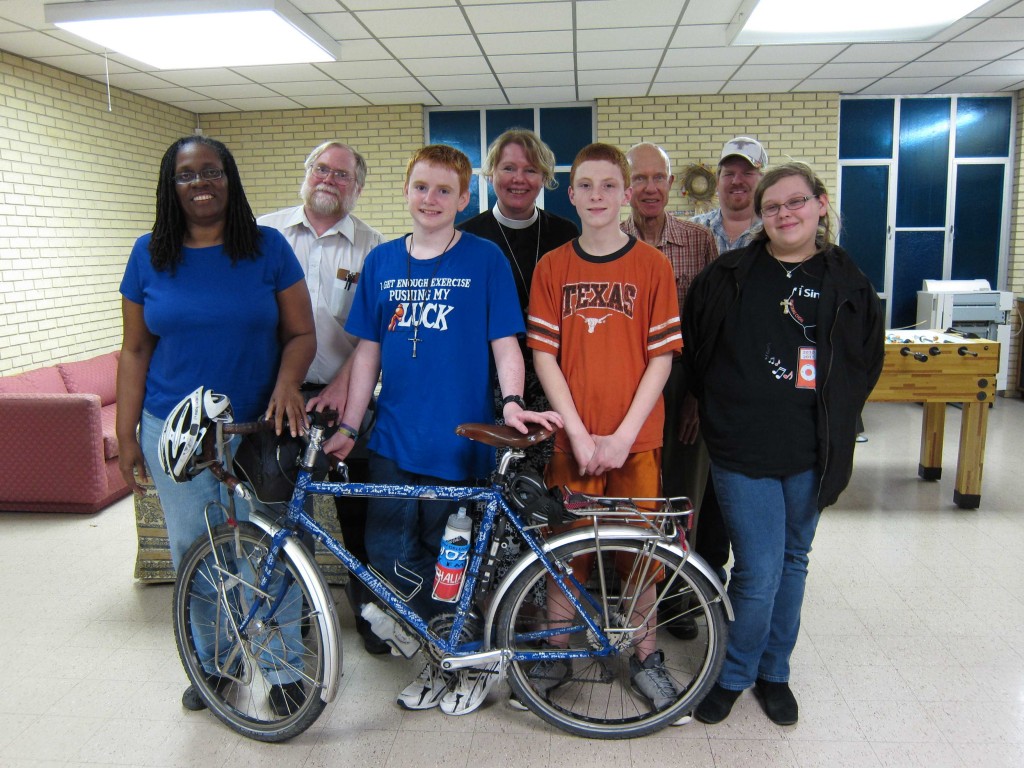 Thanks to the great folks of Bethlehem Lutheran in Beaumont for your great conversation and company! Special thanks to Pastor Sabine for making all of that happen! Keep up your great work!

As Christians, we are called to practice love. Love is not some cute word. It is not a convenience, and it is not separate from our lives. It takes practice to follow the way of love. In fact, that practice is the way of love. When we become so entrenched in opinion that we are unable to interact with those of differing opinions, we cannot fulfill our fundamental purpose. We are training ourselves to do something that is contrary to our nature. We are practicing hate. 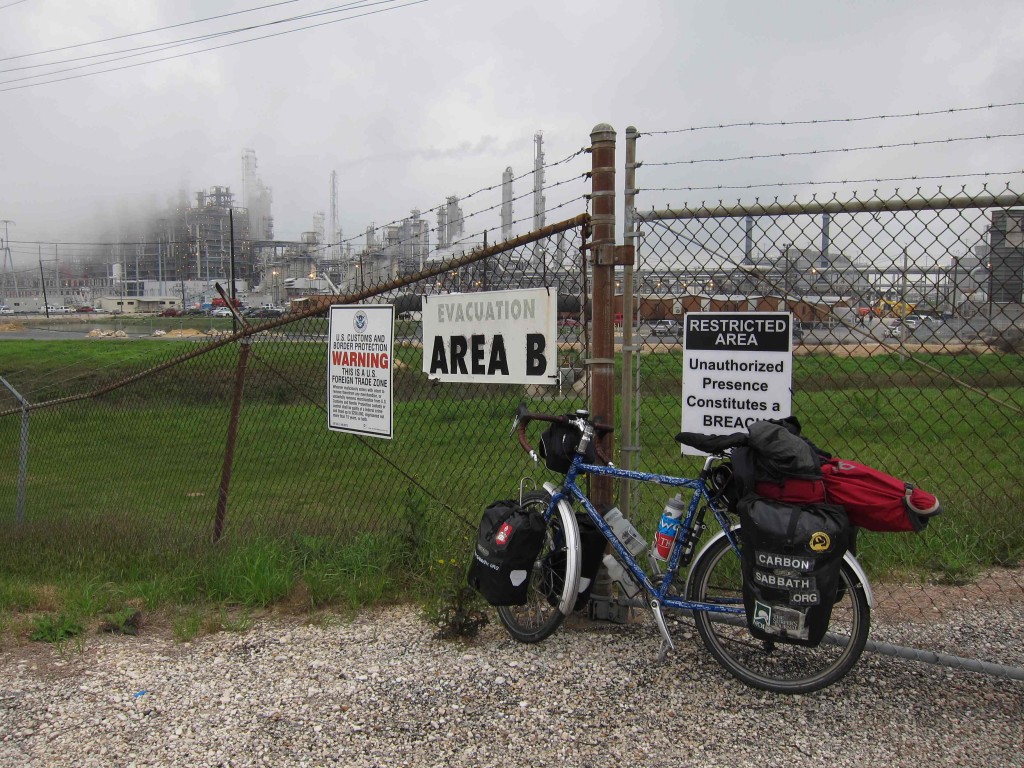 One of the lovely refineries in Port Arthur, TX. This is the sort of beautiful workplace that could replace the Sandhill ranches.

This week, the TransCanada corporation announced that they would begin construction on the southern leg of the Keystone XL pipeline. As many readers know, this pipeline has played a prominent role in my trip thus far. I’ve cycled through the sensitive region known as the Sandhills and seen the shallow watertable of the Ogallala Aquifer. I’ve talked to ranchers who will lose their livelihood and property if this pipeline gets built. I’ve talked to people who worked on the previous pipeline and are now out of work. I’ve been to DC to express my opposition of the pipeline. Now, I am here in the region where the pipeline would end.

Yesterday, I cycled through Port Arthur, which is where the Keystone XL pipeline meets the gulf-side refinery. As part of the incentive to rally support for the pipeline, many people refer to current oil prices in the United States. The logic follows that if we were to allow the pipeline, then the US could use the oil and lower gas prices. If TransCanada were interested in bringing oil to the US, why would they construct a pipeline thousands of miles across the country to a port to be refined? Why bother with a controversial pipeline all the way to Texas? Why wouldn’t they refine it in the middle of the country and ship it out to you and me across the country so that we can use it? The answer is obvious: that oil is not intended for US consumption. It will be shipped internationally from Port Arthur. This area will bear the burden of the environmental destruction caused by refinement. Local children will breathe the polluted air and drink the toxins in the water. But foreign countries will receive the oil. Jobs, you say? Yes—there will be some short term construction jobs. But a pipeline doesn’t create long term jobs like farming and ranching that will be destroyed by that construction. The pipeline is already being built, but who will benefit? How can we support a project that NASA scientist James Hansen called “Game Over” for the earth’s climate?

For more on the impact of these refineries in Port Arthur and an inspiring local response, check out the work of Hilton Kelley:  http://www.goldmanprize.org/2011/northamerica 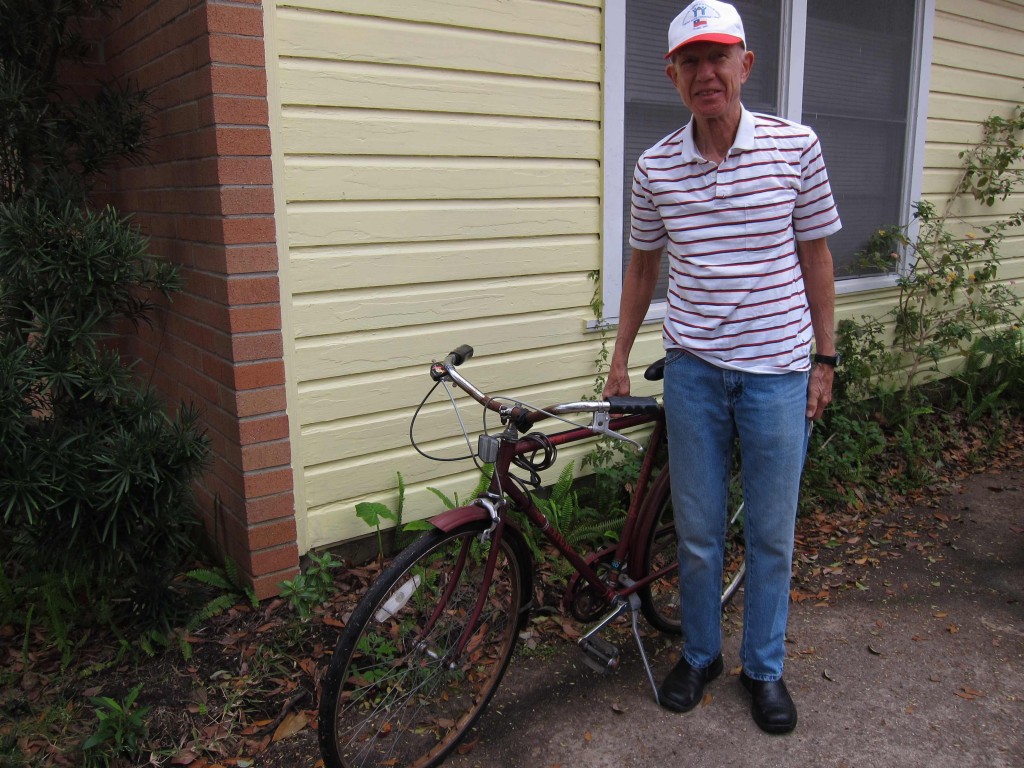 Joe Watt is a saint. He is a retired professor of electrical engineering at Lamar University, and a treasure to his neighborhood. Thanks to him for his incredible hospitality and friendship! 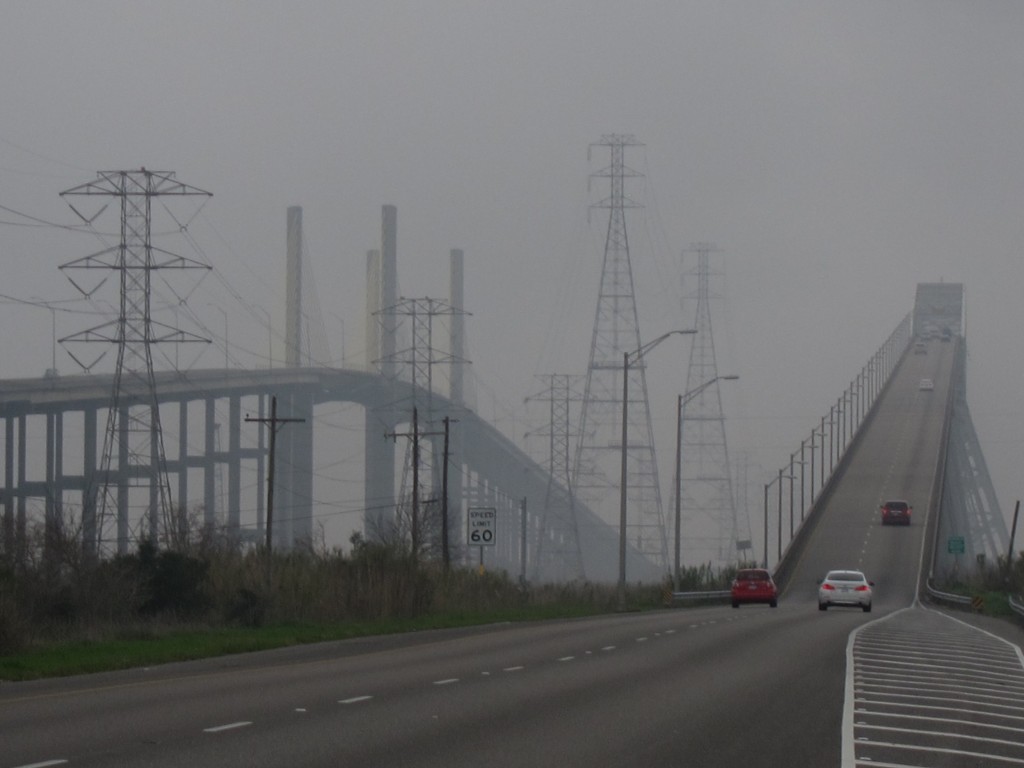 This is what an East Texas hill looks like. This bridge terrified me. There was no shoulder. It was windy. Traffic was perilously fast. Yet this was the safest option. I cycled 30 miles out of my way to reach this bridge. I do not envy anyone who has this task ahead of them, and I stand quietly beside anyone who has made the trip. 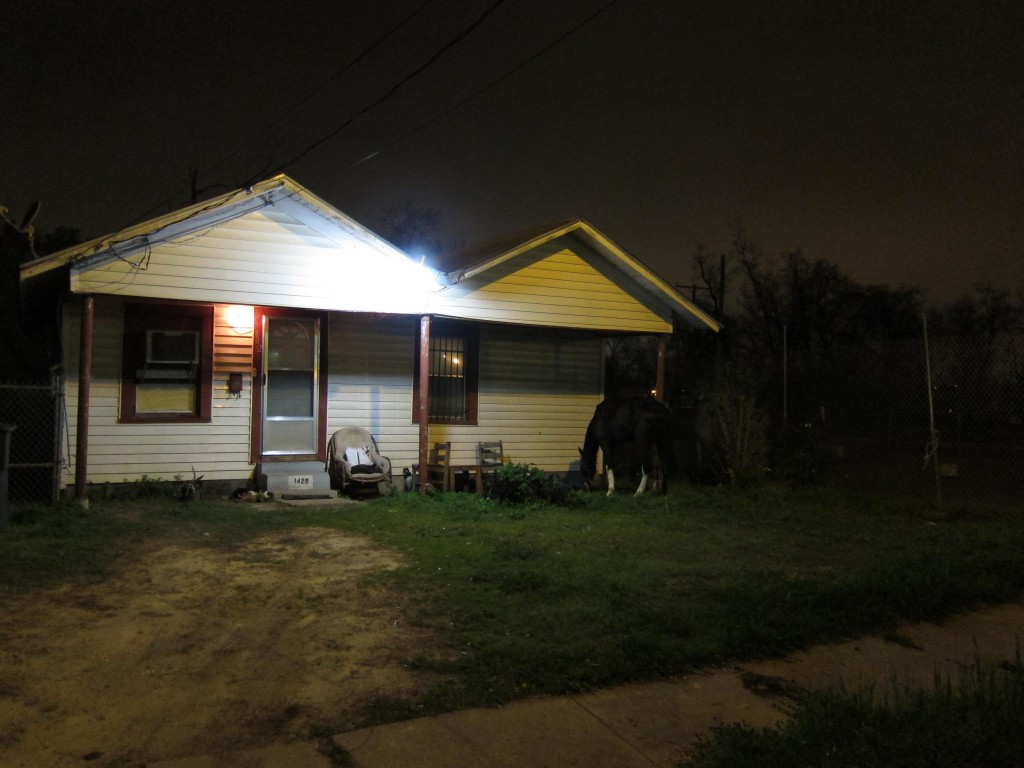 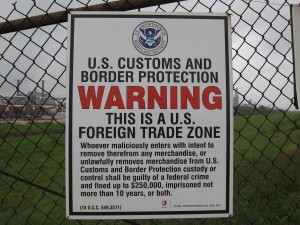 Wouldn't it be awesome if we had as much concern for our nation's children as we do for oil?

It’s hard not to vilify those with differing opinions. For some environmentalists, visiting the oil industry in this region of Texas is like swinging by Russia in the heart of the Cold War. I’d like to suggest that we not fall into that sort of lazy sentiment. I want to open the door to all who have differing opinions from my own. We may not agree, but perhaps we can practice our highest calling together. Maybe that’s why we love our enemies: it is a more challenging practice than loving our idols. It is certainly more telling of how practiced we are.

Years ago in Dallas, I heard a sermon about a hard-training linebacker. He was the fastest of the linemen, and he felt that he was not being challenged in running drills. So he started running with the receivers. This decision made him the slowest in every drill, but it also improved his speed. I suspect the same could be said about loving our enemies. It might not be a ton of fun to seek out those with differing opinions, but it is certainly challenging. It’s good practice and good work. Here’s me trying: from Beaumont with love. 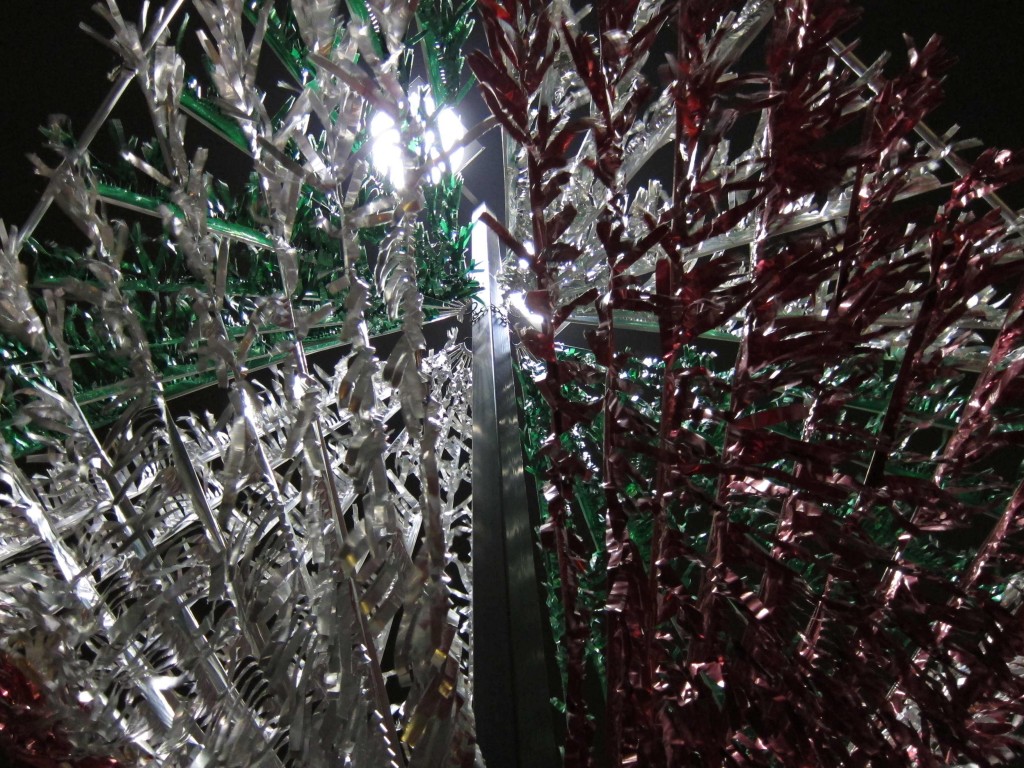 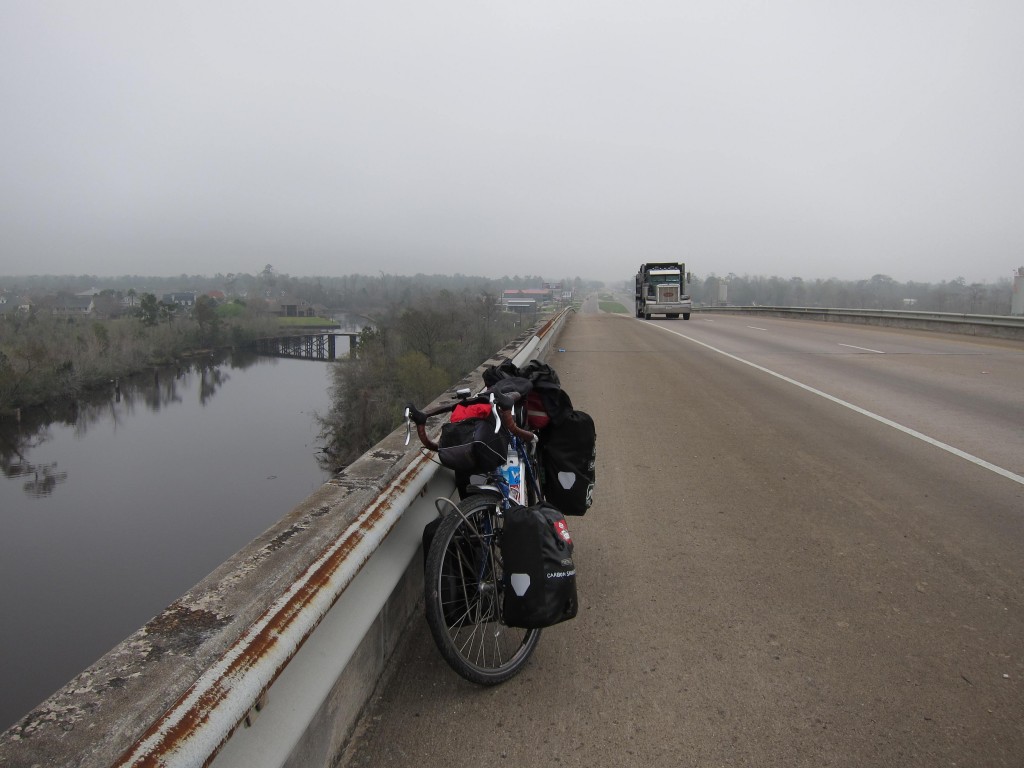 One of the current significant exports of Beaumont is sulfur. Draw your own conclusions. 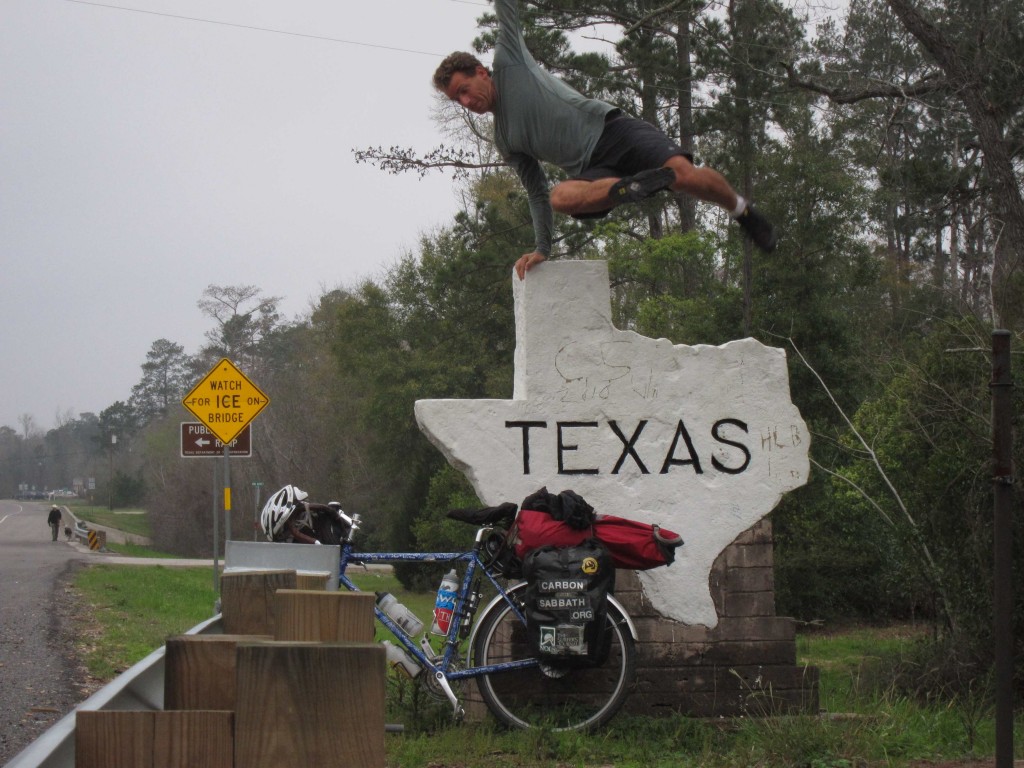 Texas: not so big after all