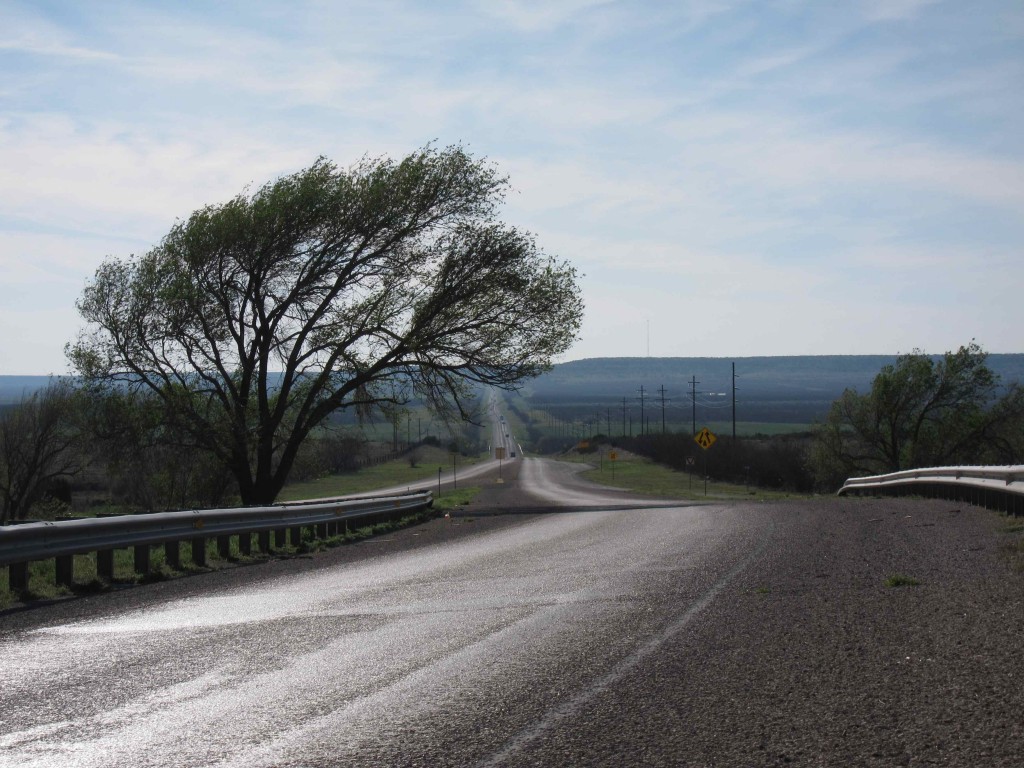 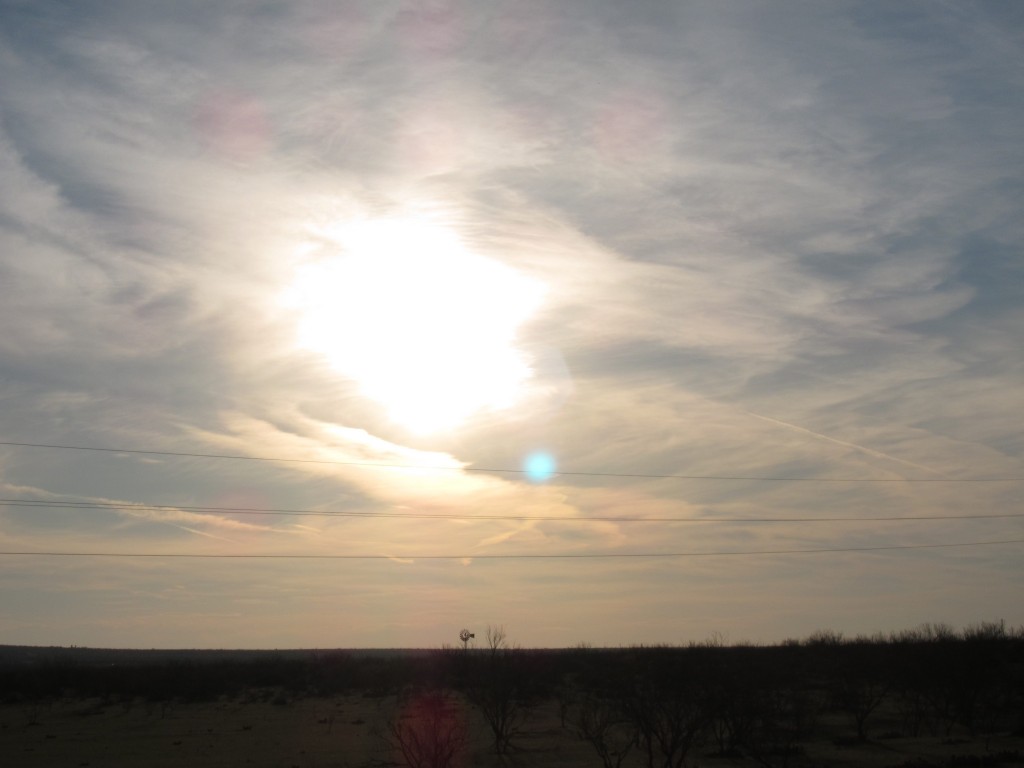 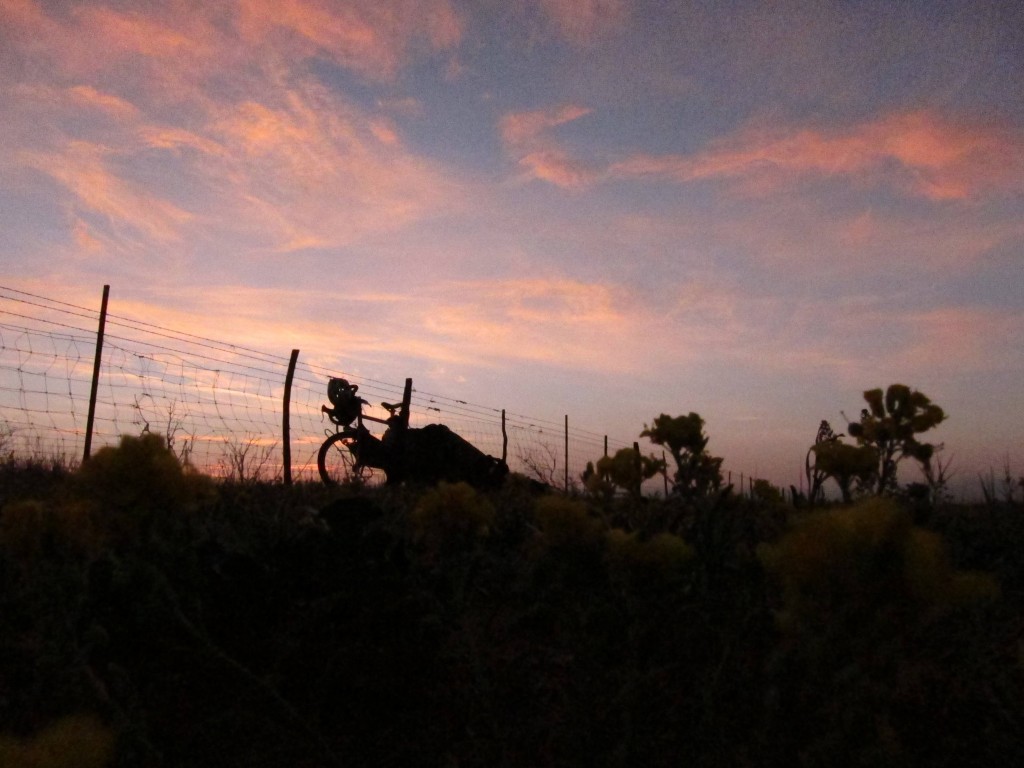 In the interest of preserving some Lenten silence and honoring my limited internet access, I am going to limit my writing on this post and let these pictures tell the stories. I hope that you can find some Sabbath in my quiet. Thank you to everyone who hosted me, chatted with me, and shared this time with me. Extra special thanks to Steve, Craig, and Susan Kinney for your extraordinary kindness and generosity! Thanks also to Chip Prehn, Tom Campbell, and the good folks at Trinity School in Midland! 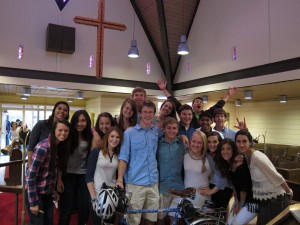 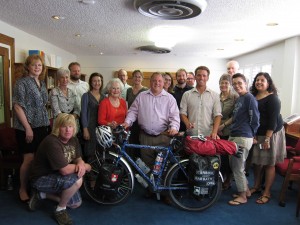 Thank you to Emmanuel Episcopal Church in San Angelo for hosting a great discussion! 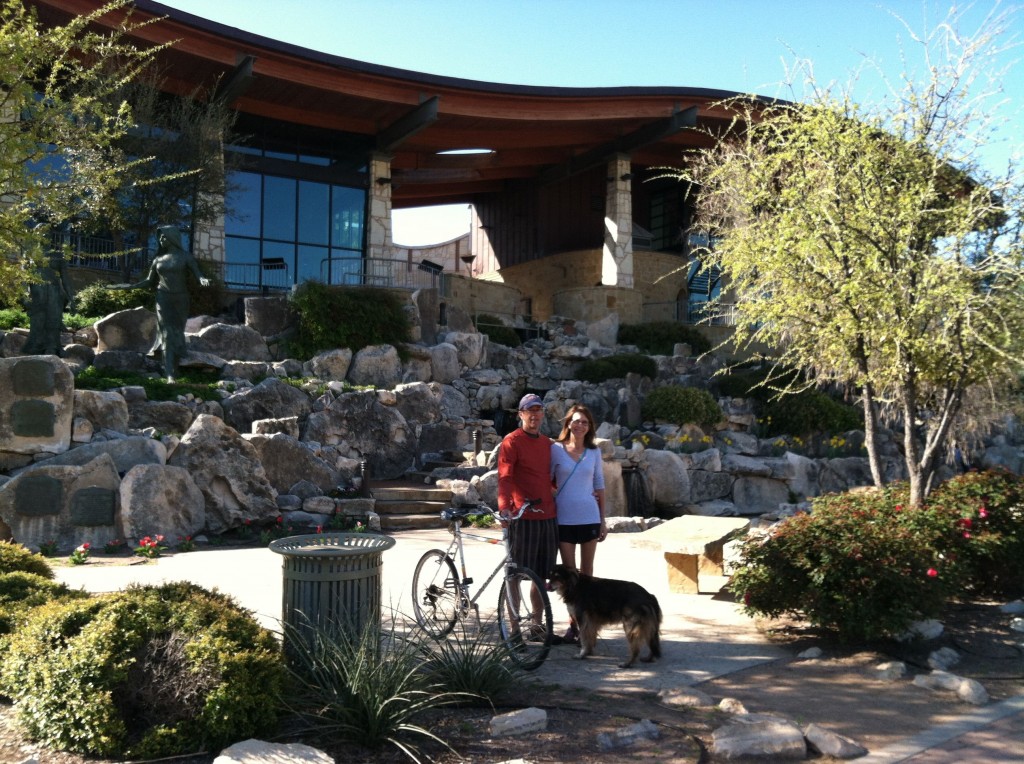 When I think of people who embody the sort of love of God and neighbor that can inspire communities in the face of climate change, I think of Craig and Susan Kinney. These folks live out a rich and nuanced faith in their private lives, their community involvement, and in their professional work (see: http://www.kinneyfranke.com/ or read on for more). Here, they stand before the San Angelo Visitor's Center, which they designed. They are also working on an extensive riverside public space that incorporates extensive knowledge on regional plants and other remarkable environmental considerations. They are working to make San Angelo a better city. Great job! 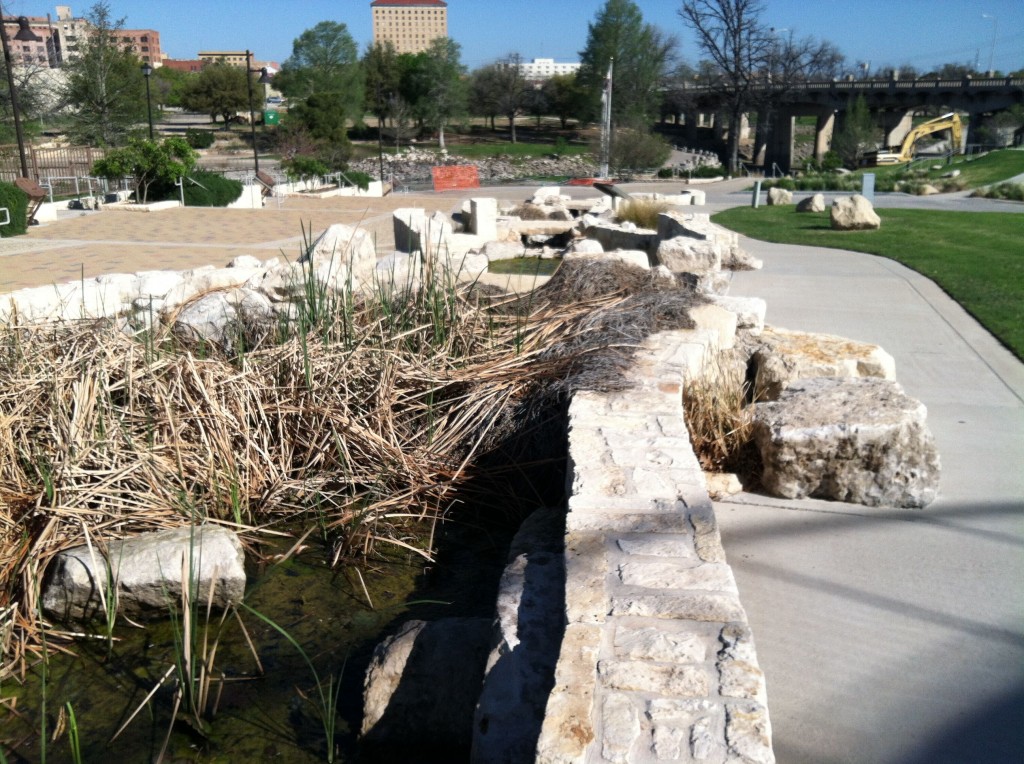 This incredible design by Craig uses a series of pools with various plants that naturally filter runoff water as it approaches the Concho River in downtown San Angelo. 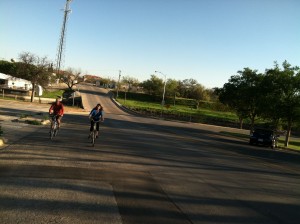 In addition to their great work around town and insightful conversation, the Kinneys also cycled everywhere with me. Troopers! They swore it increased their mindfulness. 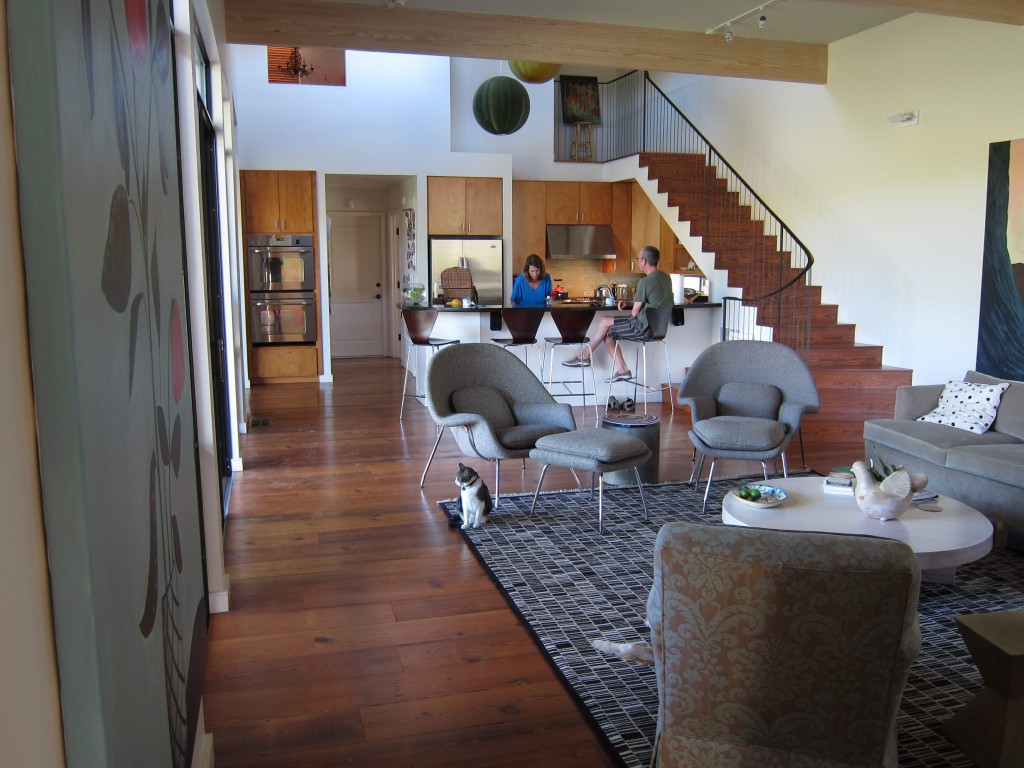 Mindfulness was readily apparent at Casa Kinney, which was strikingly beautiful and modern but also comfortable and energy efficient. 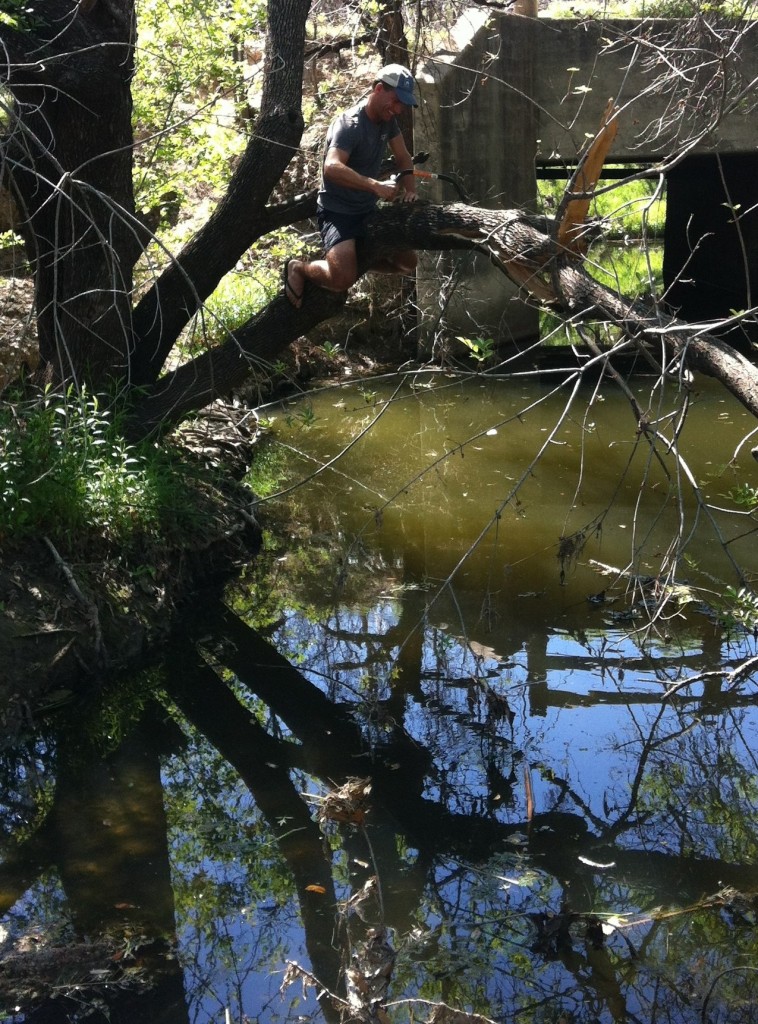 I tried to help Craig remove a branch that had broken in a winter snow. 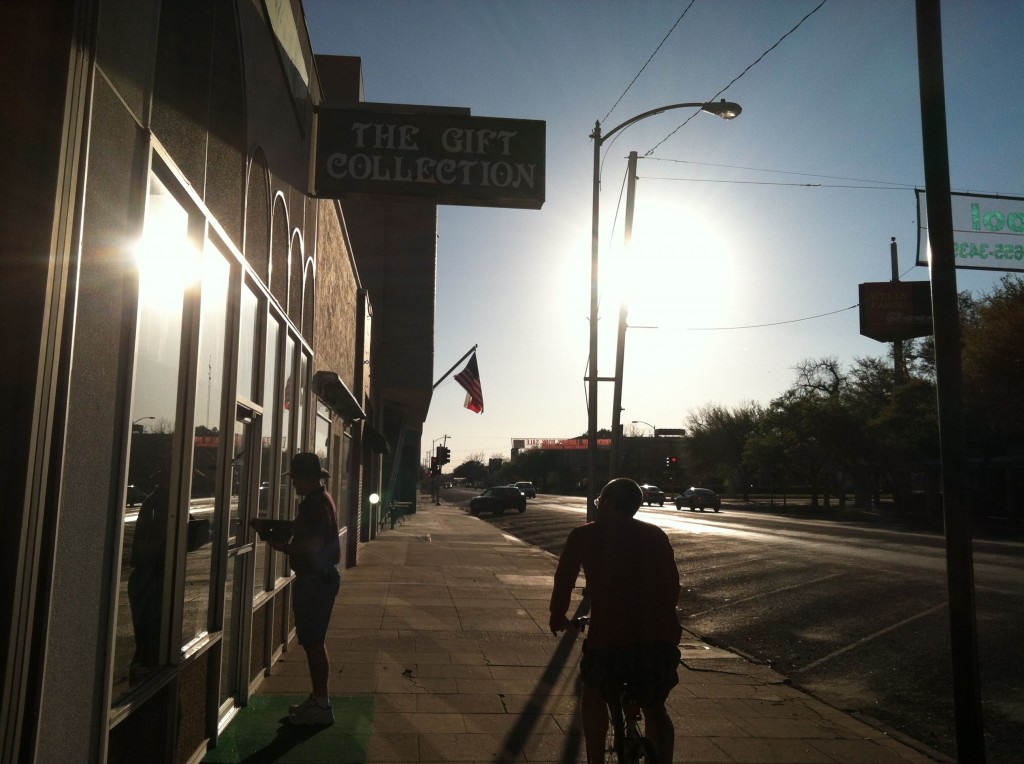 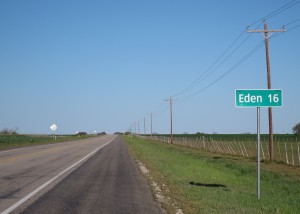 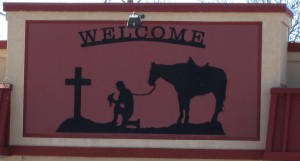 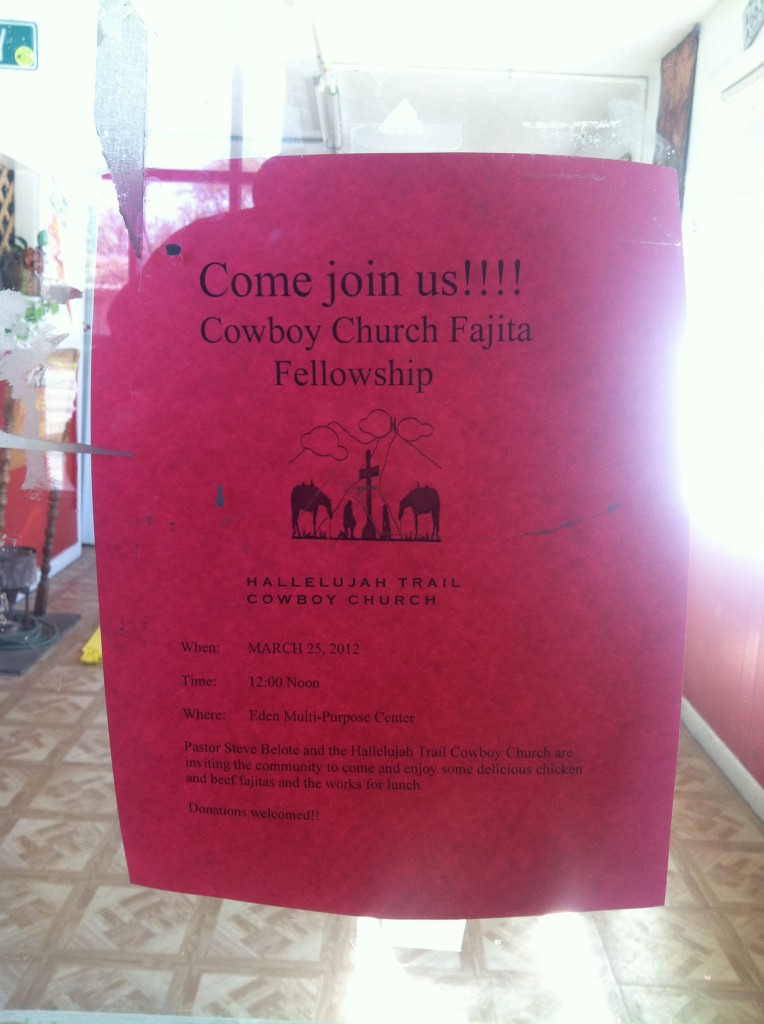 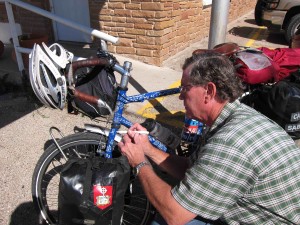 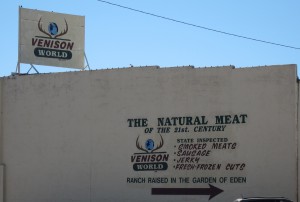 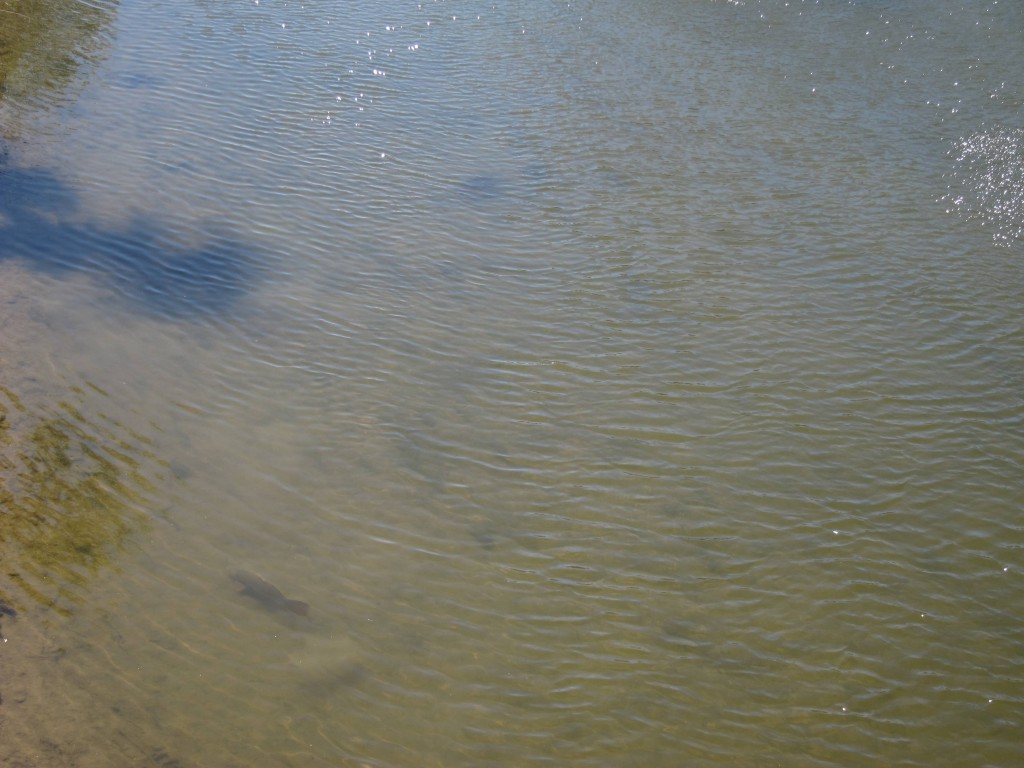 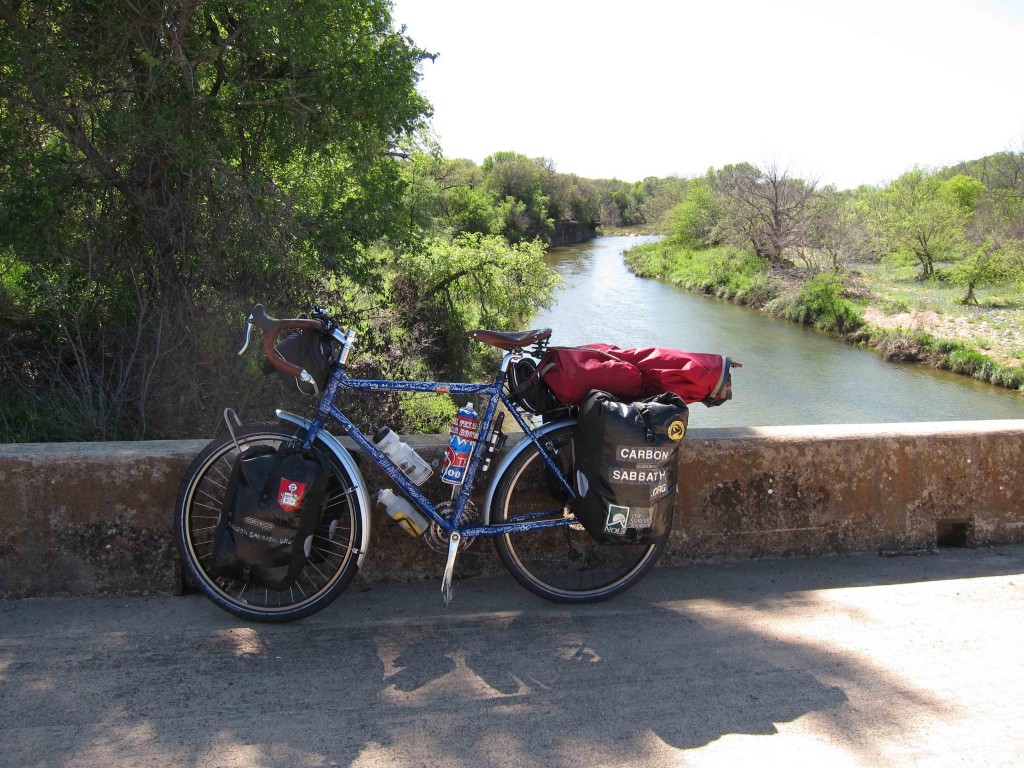 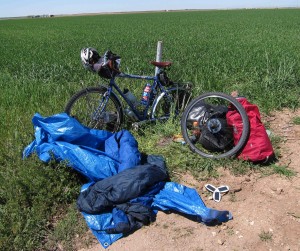 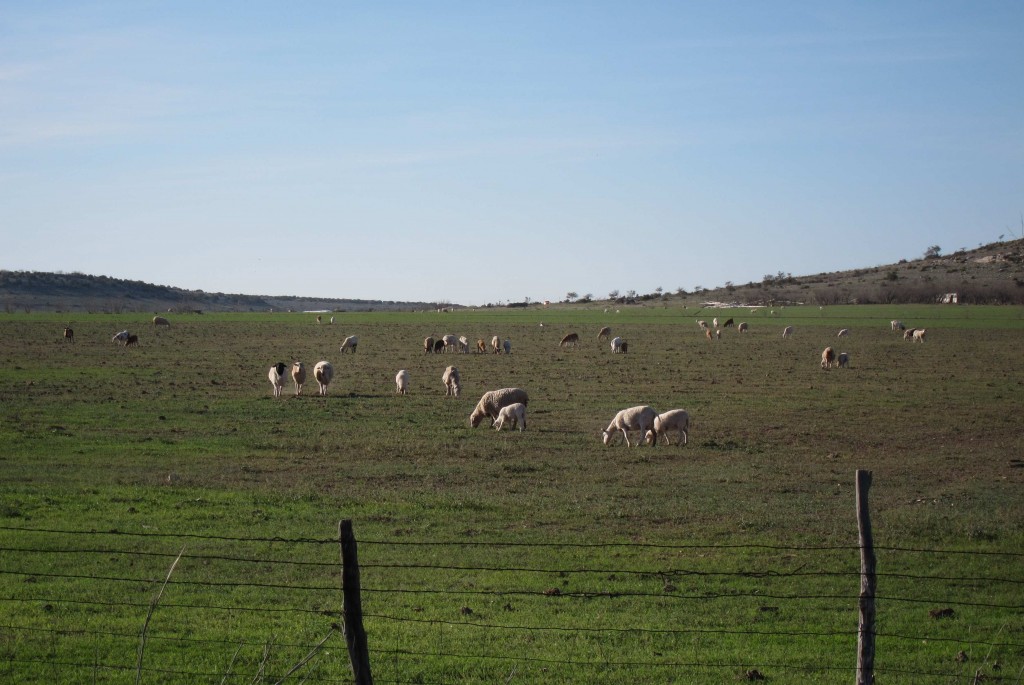 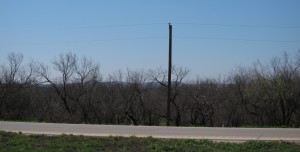 Much of this country was grassland prior to the arrival of the European cattle folks. Once, the land was aerated by the hooves of buffalo. The story goes that cattle drives from Mexico brought in invasive mesquite, which soaks up an absurd amount of water. As you can see, the land has been transformed within the last few hundred years. 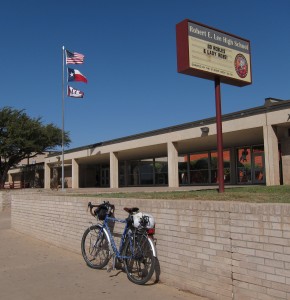 Fans of the book or movie versions of Friday Night Lights will recognize the name of Midland's Lee High School, which is the rival school of Odessa's Permian Panthers. 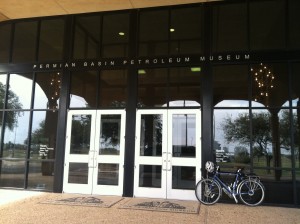 The Carbon Sabbath journey through Texas begins and ends with oil. Just as in Beaumont, the history of the region is inseparable from that of the Texas Oil Boom. The regional economy of Odessa-Midland has fluctuated greatly with the price and availability of oil. At present, oil and money are gushing out of Midland. Rumors of overnight multimillionaires flood the streets. At the same time, laborers are drawn to the abundant work that the region provides. None of this is recorded in the museum, but it is worth a visit if you are in town. Certainly a good practice in neighbor/enemy love. 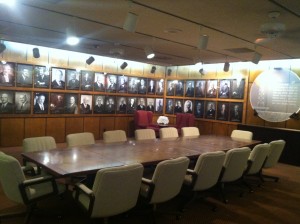 The Petroleum Hall of Fame has a few presidents and several people who do not look very concerned about money. 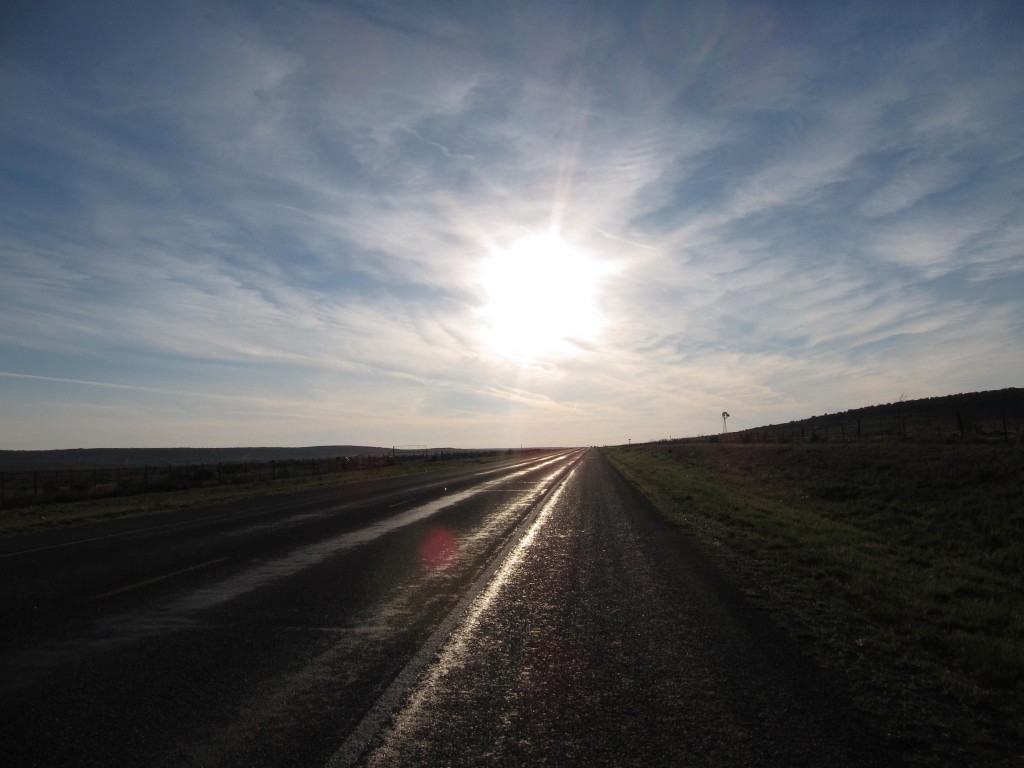 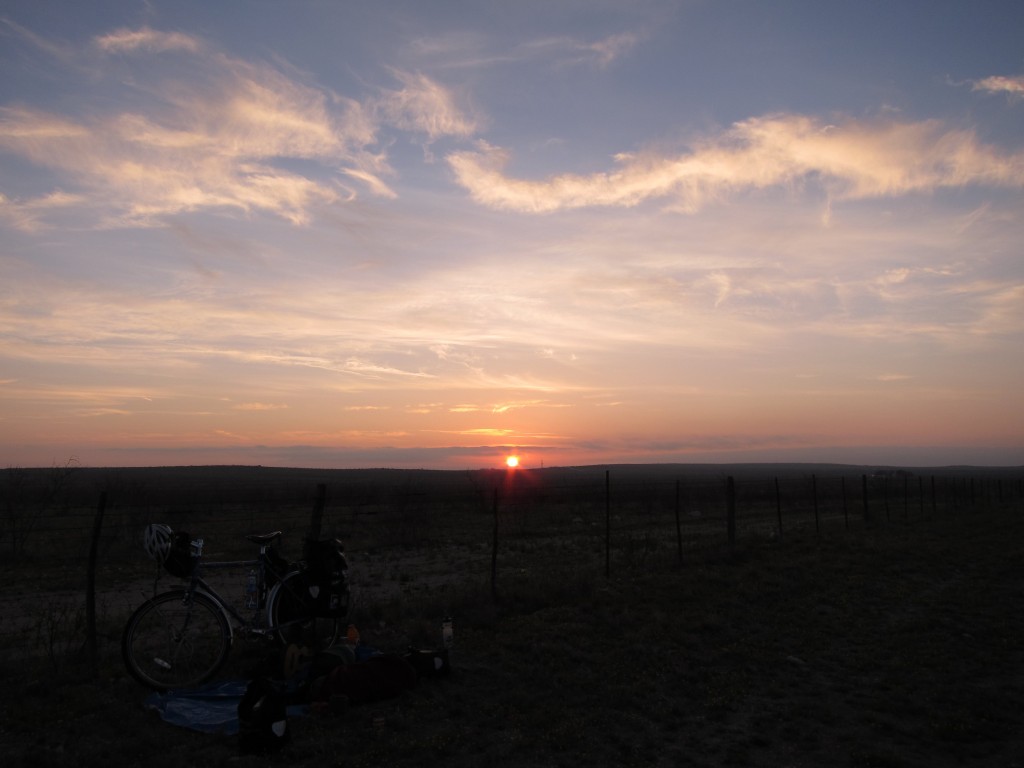 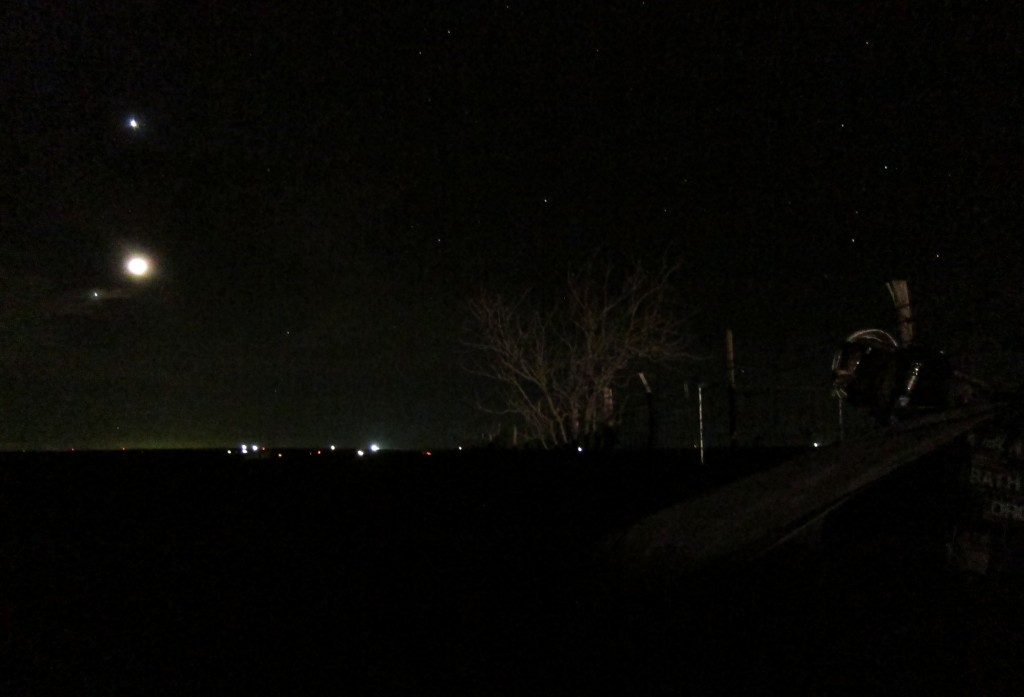