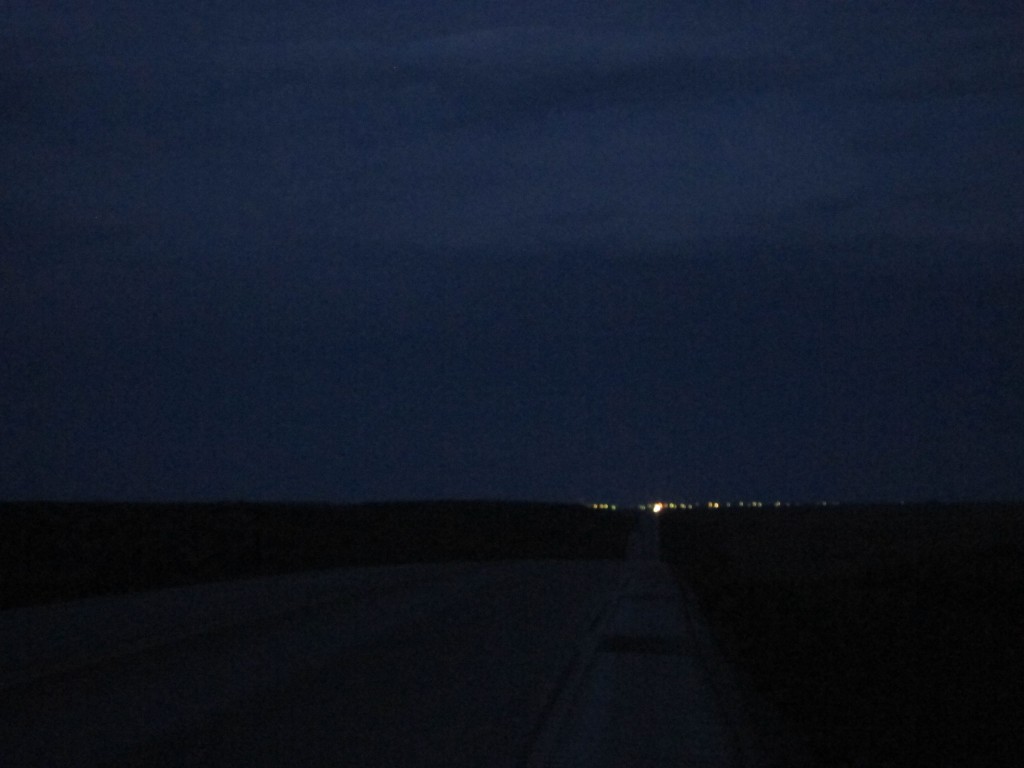 A few miles after I hit the road from the Swett Tavern, I saw the Saturday night lights of Martin in the distance. I pedaled smoothly and calmly with the warmth of my friends easing each turn of the crank. It was getting dark, but the road was quiet and smooth.

In the growing darkness, I was shocked by the sudden flashing of lights all around me. Red and blue and blinding white. Hmm. Not a welcome companion. I didn’t have to pull over, as I was already on the side of the road. I stopped and faced the blinding spotlight with a doe-like submission while trying to figure out how I could possibly photograph this moment without endangering my life. I quickly decided against it. Out of nowhere, two more lighted vehicles popped up—one of which was some sort of rural SWAT truck. In some miracle of rhetoric, I managed to convince the officers of my total innocence in such a way that demanded no ID or questioning. Despite my situation, they decided that the bike would have to go on the back of the truck “for safety’s sake.” It’s still unclear whether the Five-O came around because of my visit to the Indian bar or out of genuine concern. If it was concern, I might have suggested a more tranquil approach. Either way, Thaddeus and I had to break our Sabbath for a few forced miles. If someone forces you to go one mile, … 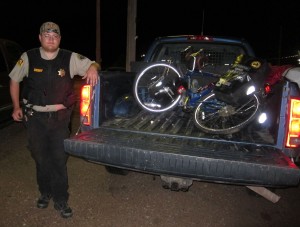 When the officer driving the truck asked me where to take me, I suggested the restaurant that my Indian friends had made preparations with the owner for my arrival. Apparently, the white officer disapproved of the selection, so he took me to the “white” restaurant.

It was cold, rainy, and dark, and I was exhausted. The white restaurant was quiet. No one made eye contact with me, but I got the sense that everyone was watching me by the silence that boomed whenever I got up from the table or spoke to the waitress. I ate quickly and snuck off to find a place for the tent. 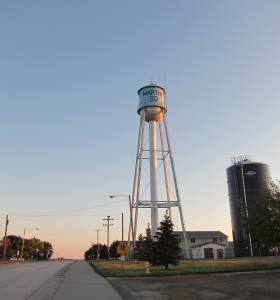 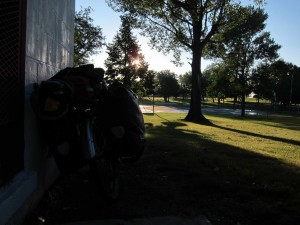 Nice, cool fall morning in Martin after the rain.

In the morning, I woke early to move the hidden tent in the cold. With numb fingers, I dressed and shuffled into the local Sunday morning mass. After a uniquely uninspired service, I joined the herd at the American Legion breakfast. My dining experience was mostly a repeat from the night before. I learned a little bit about the local opposition to the Keystone XL pipeline on the grounds of the major threat it poses to water contamination. A few folks spoke about the droughts in Texas and Oklahoma. But the unwelcoming disposition in general made me anxious to leave. 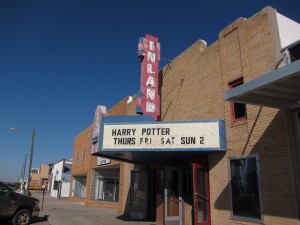 I pedaled around town and found my way to a funky old movie theater. When I poked my head inside to see if it was open, I heard music. As always, I followed my ear. Inside, I saw a salty dog playing a comforting gospel tune on an late-‘50’s Gibson. Soon enough, I found myself playing piano in a non-denominational service led by the gentleman with the guitar. His name was Bill Hines. 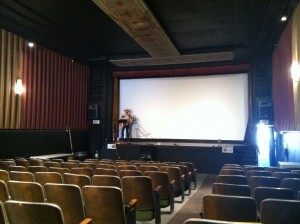 Does it get any cooler than this? Bill Hines-- straight out of a movie-- leading the flock at Living Word Community Church

Bill is a man of rare character. His calm gaze and sagely beard are mere drops of water in the deep well of a faith refined by hardship and devotion. He and his wife Jeanie run this soulful church in the movie theater and all of the Bible studies, youth programs, and the like that are associated with it. Bill is veterinarian by trade. His practice centers around embryo transplant. He and Jeanie also have a ranch 6 miles outside of town where they live in a cabin they built by hand. 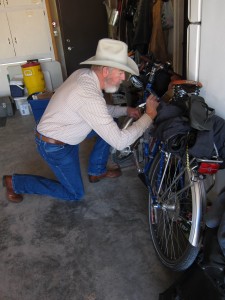 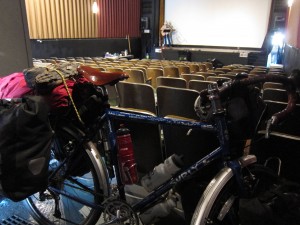 Here's Thaddeus in the soon-to-be church. Below, you can see the keys I ended up playing in the service. Thanks to the Living Word Community Church for having me!

After treating me to lunch, they invited me out to the cabin. Bill even drove at bicycle speed to shepherd me down the gravel roads. Turns out the cabin is a veritable treasure trove of folk instruments. We passed the afternoon trading off on banjo, guitar, mandolin, dobro, fiddle, and piano while chirping out harmonies whenever possible. 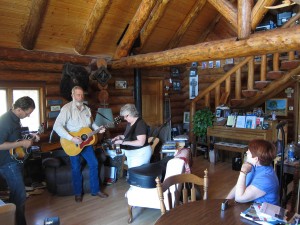 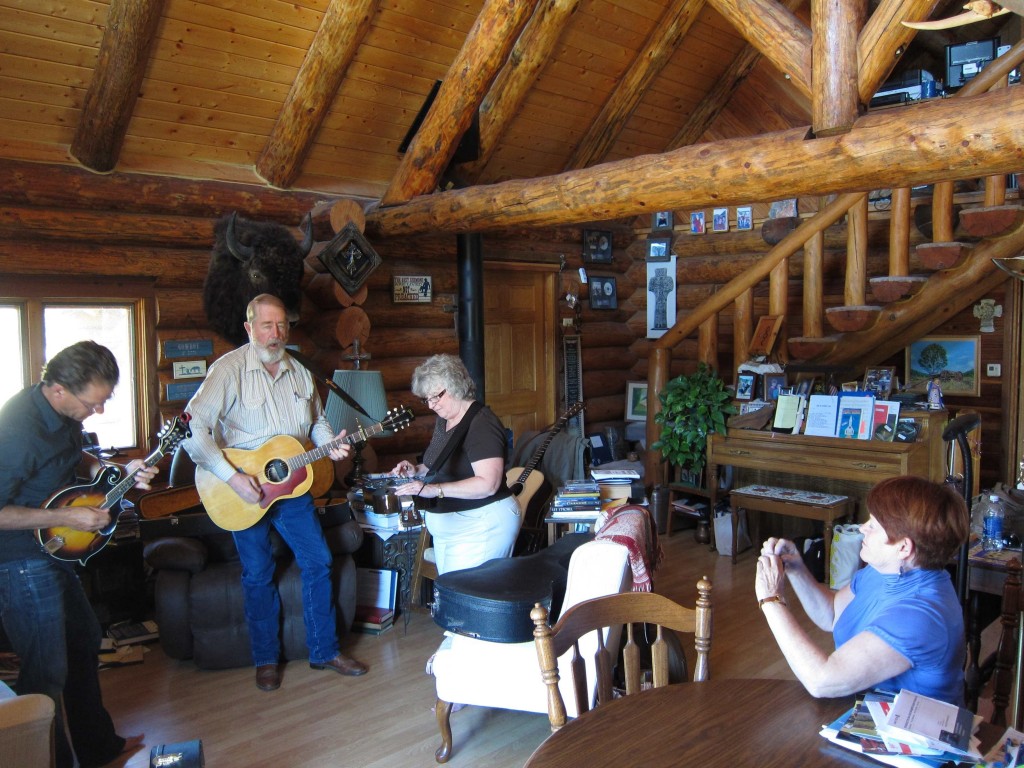 During a break in the action, we sat on their porch soaking up the silence of the countryside and chatting about everything from climate change to racial tension. As expected, Bill and Jeanie had compassionate, informed, thoughtful things to say. Their mindfulness with regard to both climate practices and love of their native neighbors was inspiring and challenging. It washed away some of the ignorance I’d experienced the past few days and restored my hope for regional tensions.

They fed me, gave me a place to sleep and shower, and sent me on my way renewed and ready for whatever awaited me in Nebraska. 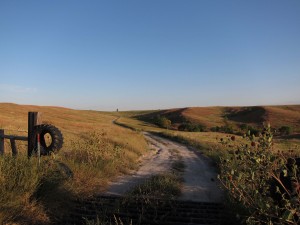 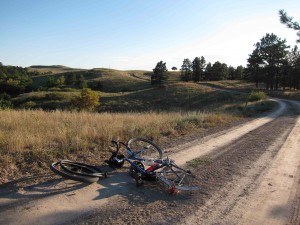 Had a little flat riding back into Martin. It gave me a few more moments of soaking up the calm on the Hines ranch. 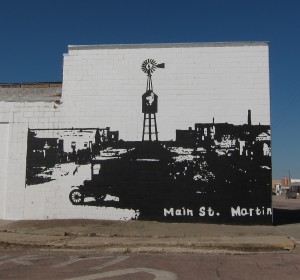 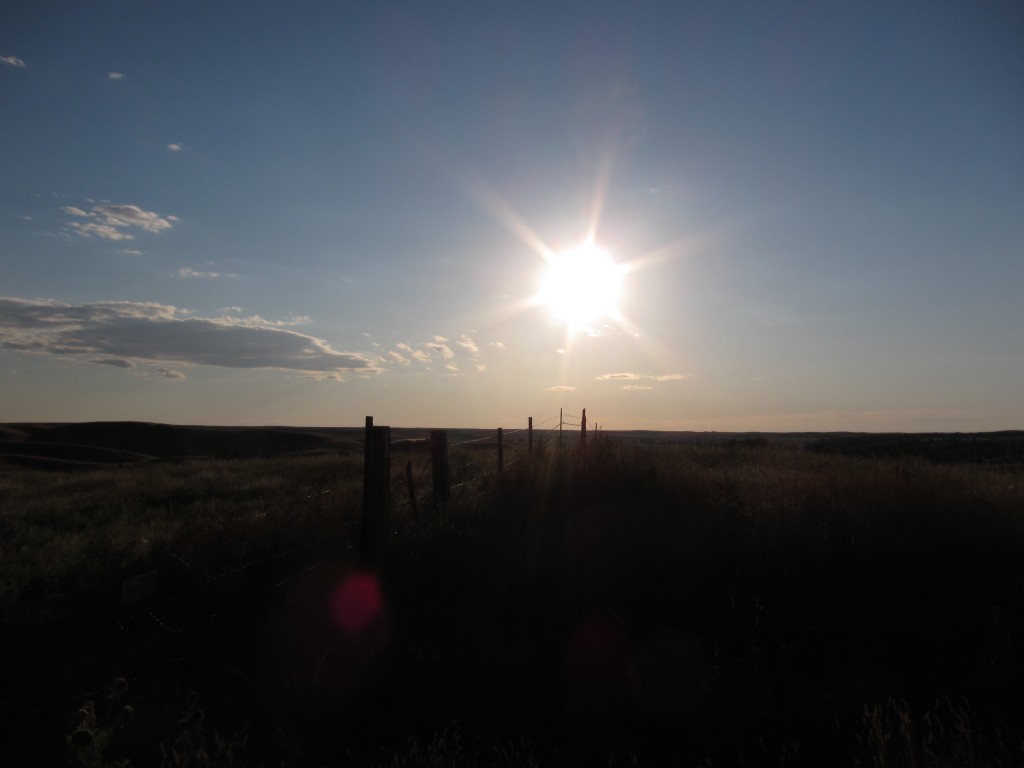